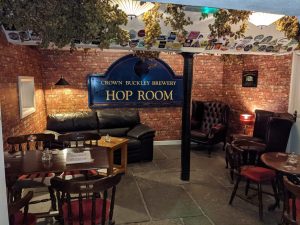 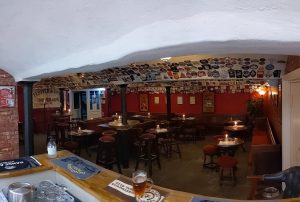 The Cellars Alehouse is a micropub; one of an increasing number that follow the model created by Martyn Hillier at The Butchers Arms in Herne. Since then, many have copied Martyn’s model, not just in Kent but across the country, and by the close of 2014 there were over 100 trading successfully. Since then, more and more have opened and there are now about 370 establishments across the country that consider themselves micropubs; with 55 in Kent alone (Dec 17).

A micropub takes beer drinking back to a time when most was consumed in an alehouse. There were no fruit machines and juke boxes then; just beer and good company. And this is exactly what you will find at The Cellars: a range of well-kept cask ales from all corners of the country, but always with a strong local representation from Kent’s microbreweries. To complement this core range there will be locally produced ciders, craft keg beers, wines including Prosecco, artisan gin, vodka and rum, soft drinks, tea and coffee.

The Cellars Alehouse can be found at The Old Brewery, a small enterprise estate just off Rocky Hill on one side and Buckland Road on the other. It is all that remains of The Medway Brewery, once the home of Style & Winch and later part of the Courage empire. We are in the old cellars of the brewery, Where the Barley Wine was stored. 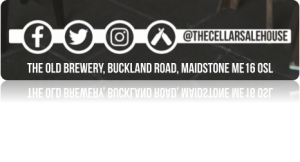